We're starting characters in 3D! I'm super excited but also terrified because this will be the first character I've ever Zbrushed. For class we were asked to create a character turn around and a "call out sheet" that gives an in depth view of the materials we'll be modeling and  texturing on our character.

The idea is to have our characters match the cars we just finished modeling. But as a personal endeavor I thought it would be fun to have a character match both my car and the racing level we're currently working on. My car is a 1969 Chevrolet Camaro and my level is alien invasion in a dessert setting. This combination made me think of old grindhouse movies, so that's the idea I based my character around. 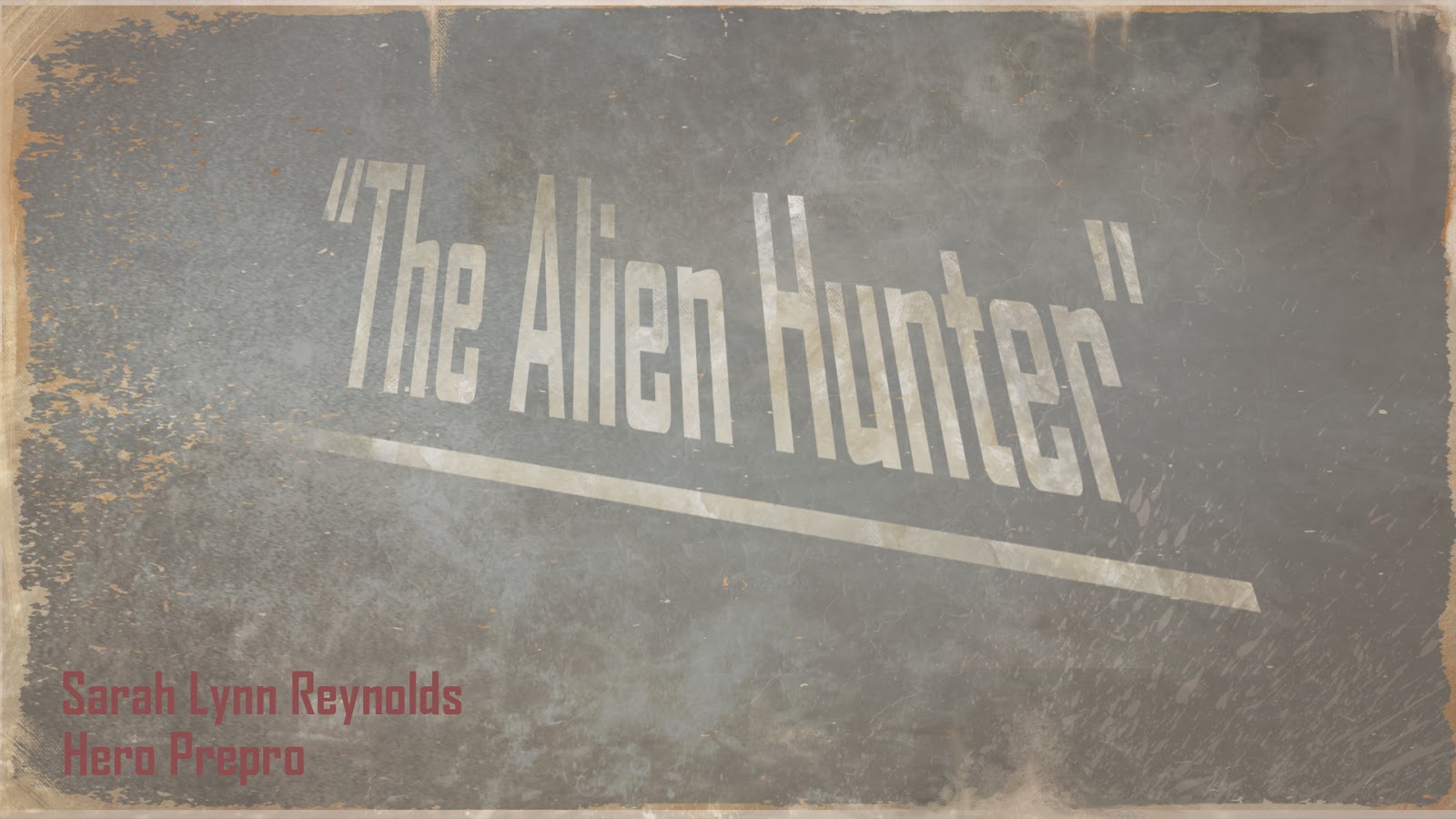 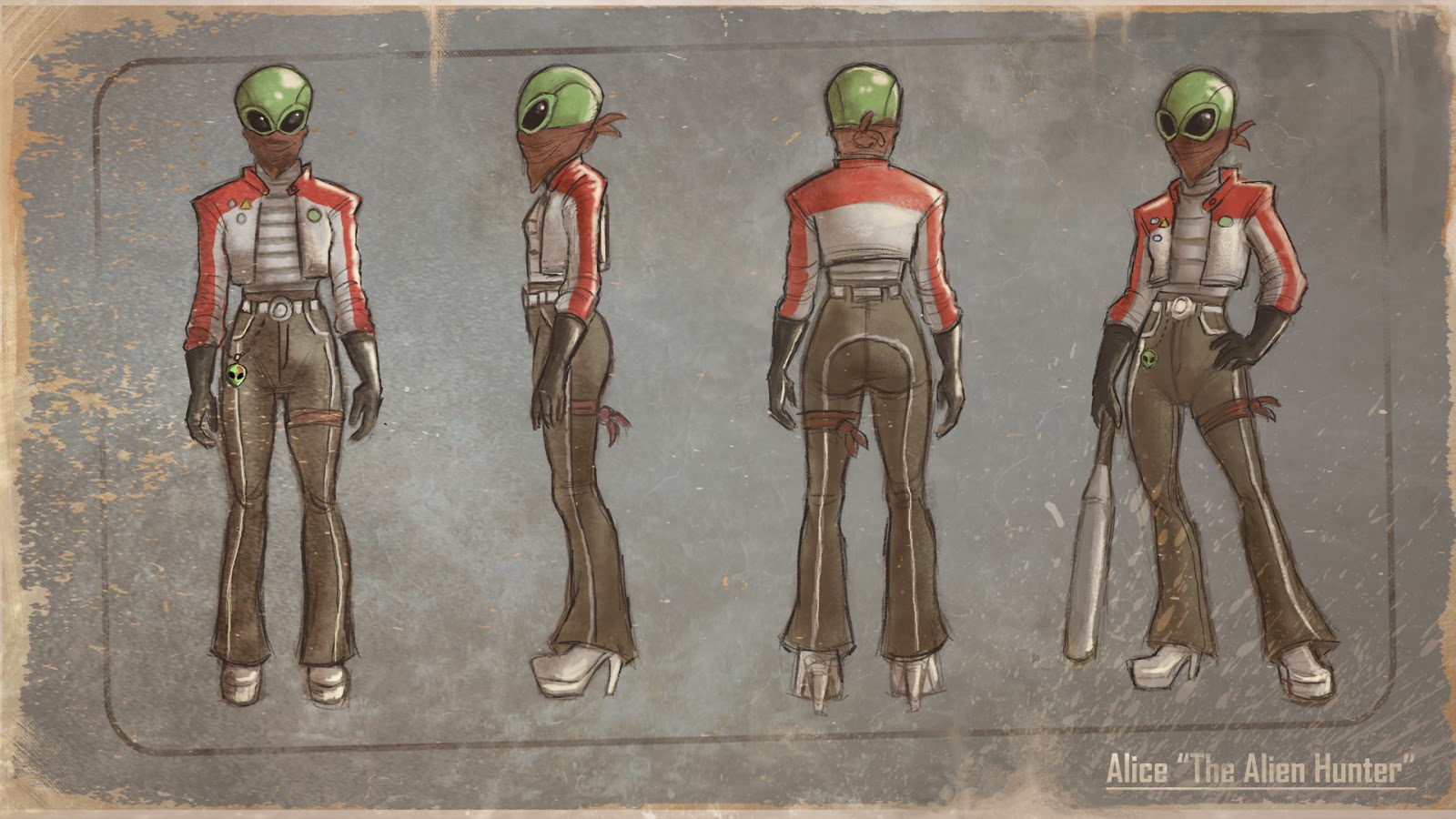 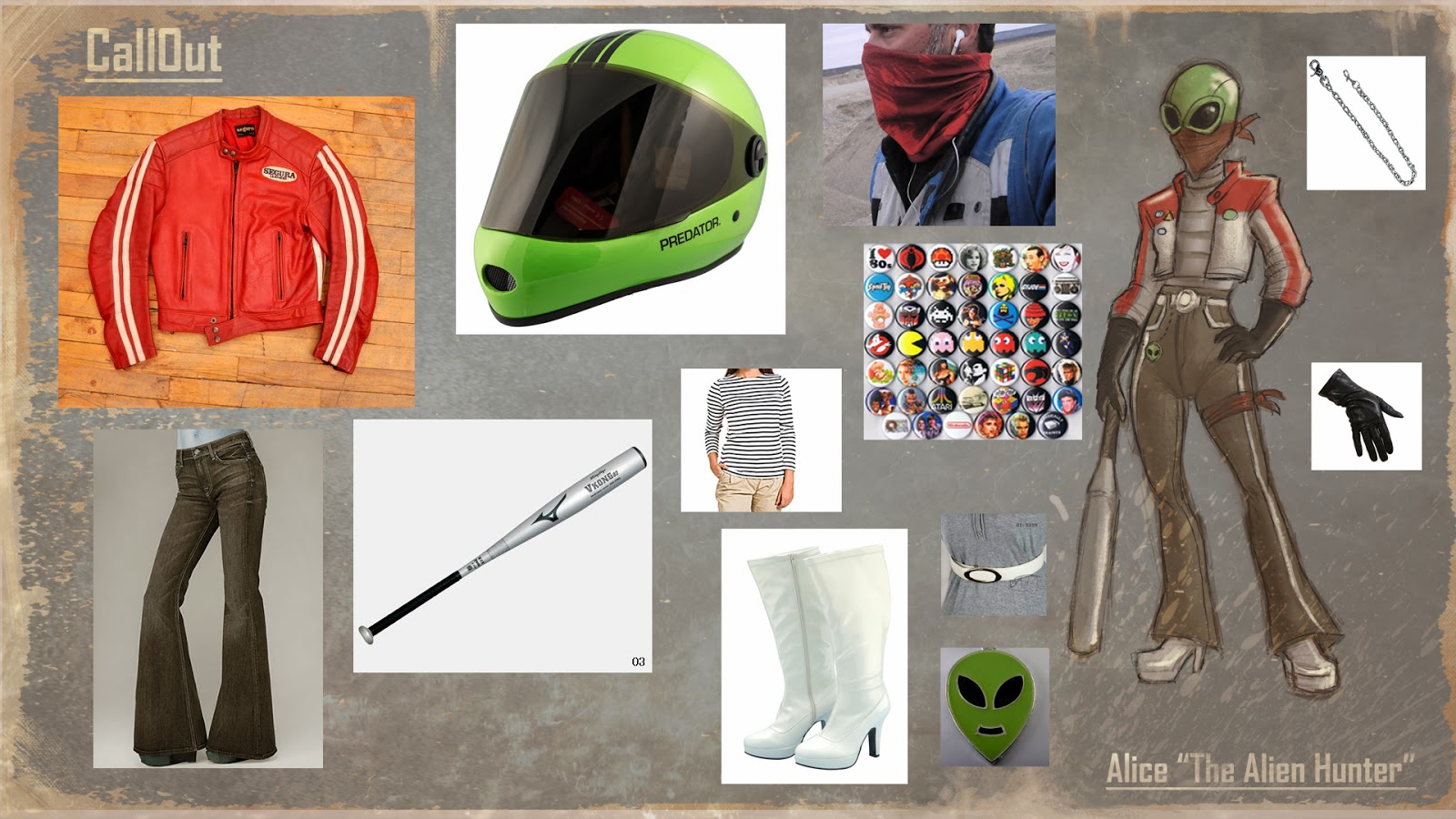