So, a while ago I posted my prepro process for the character we would be making to match our cars for our racing game. I tried to make a character that would fit both in my "alien invasion pinball" themed level as well as my car so I came up with an alien hunter who sort of becomes the enemy when she puts on her racing helmet that looks like an alien head.

I consider this my first "Official" zbrush sculpt. I've messed around with some zbrush tutorials and did a few candles for my level last semester in zbrush, but I feel like those were just trial runs. I'm finally starting to not feel lost inside of the program. There are still some problems with this, but I did a lot of it in a single sleepless night.. and for my first "official" zbrush sculpt I'm pretty happy with it.

I'm planning on iterating on some of the notes I received in critiques, and eventually we're going to be retopologizing and texturing this character so I'll continue to post progress soon. 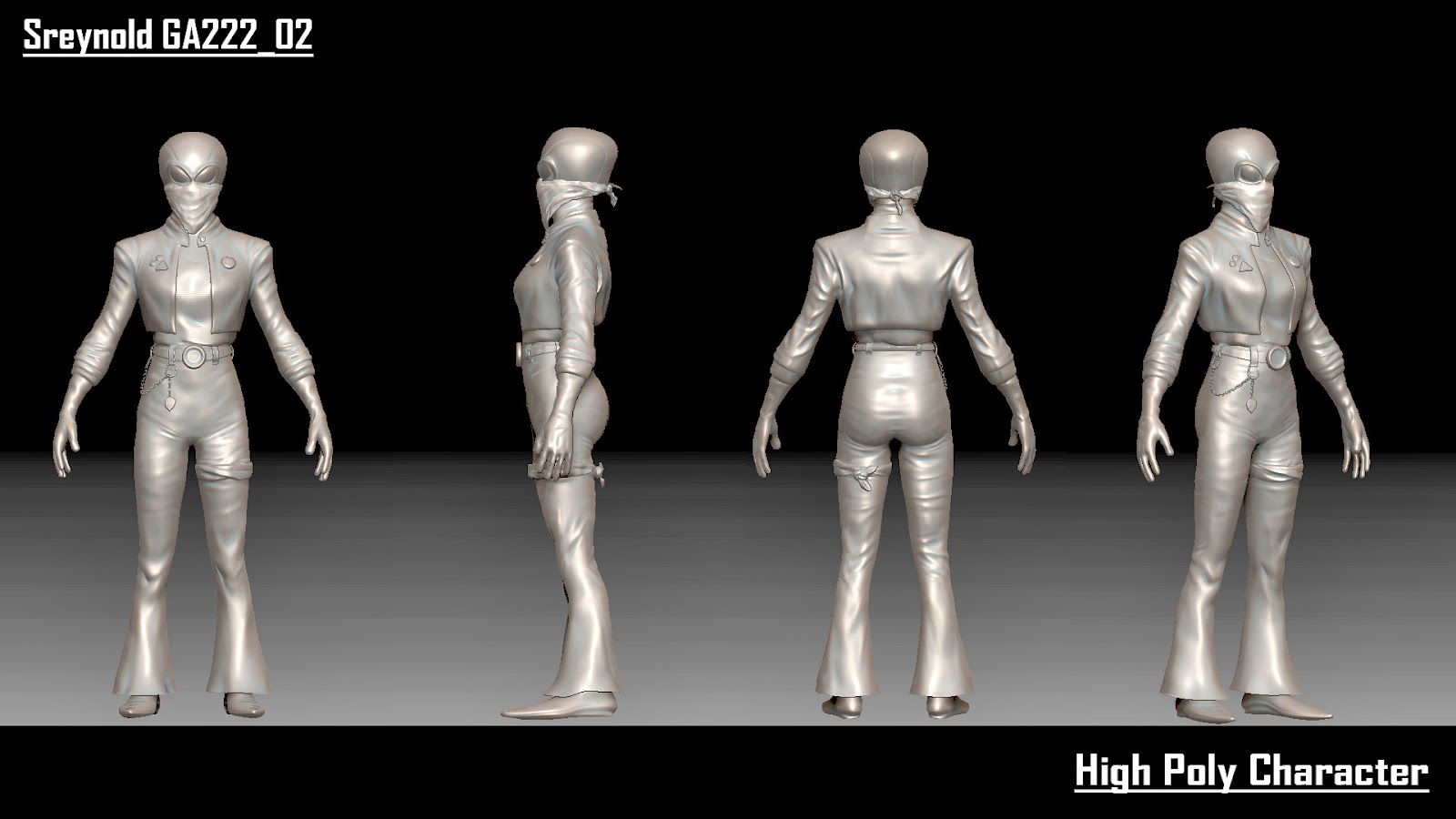