Steve Hickner recently visited Ringling. I was excited for his talk on story boarding after IMDBing him finding out that he was one of the directors on Prince of Egypt, which was one of my favorite animated movies as a kid. 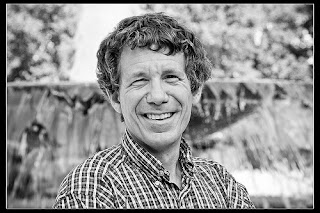 Steve started off the talk explaining good framing and a concept called the "Golden Egg" in which one tries to frame things so they aren't too far off in either direction of the screen. He talked about not cutting people off at joints, which was a concept I've covered quite a few times in various storyboarding/cinematography lessons. One of the most valuable things and a newer concept for me he talked about was "eye tracing" I had never really heard or thought about good or bad "eye trace" before. He explained good eye trace as cutting frames together so that the eye can follow the action or subject on screen clearly.

Steve also took some junior Computer Animation student's animatic pitches and re-boarded them. It was fascinating to see the changes he made and how much small tweaks could really improve the clarity and timing of a story. Two of the animatics in particular were comedies, but the student animatics didn't get many laughs, however, Steve's revisions hit all the proper beats and got all the gags in so that people were laughing in places they should have been before, even though the story and concepts presented were basically the same. In the future when I'm trying to present a story I'll try to remember Steve's talk and the thoughtful changes that made such a huge impact.
Posted by Unknown at 11:05 PM