So, after we're finished with concepting for our levels we move onto what's called a "Greybox phase". Greyboxing is basically blocking out our level design in 3D space. It's less about art and fine details and more about getting a block out down. In this stage the focus is to translate our 2D designs to 3D. The idea is to get major shapes and elements in for aesthetics, program the game mechanics, and play test until the mechanics work properly.

For the racing level a lot of the process included tweaking the track so that players could navigate easily and making sure the major points of the level were reading well. A particularly challenging part of this phase was making sure the mechanics were tuned so that obstacles weren't too easy or too hard.

Here's an example of the beginnings of my greybox: 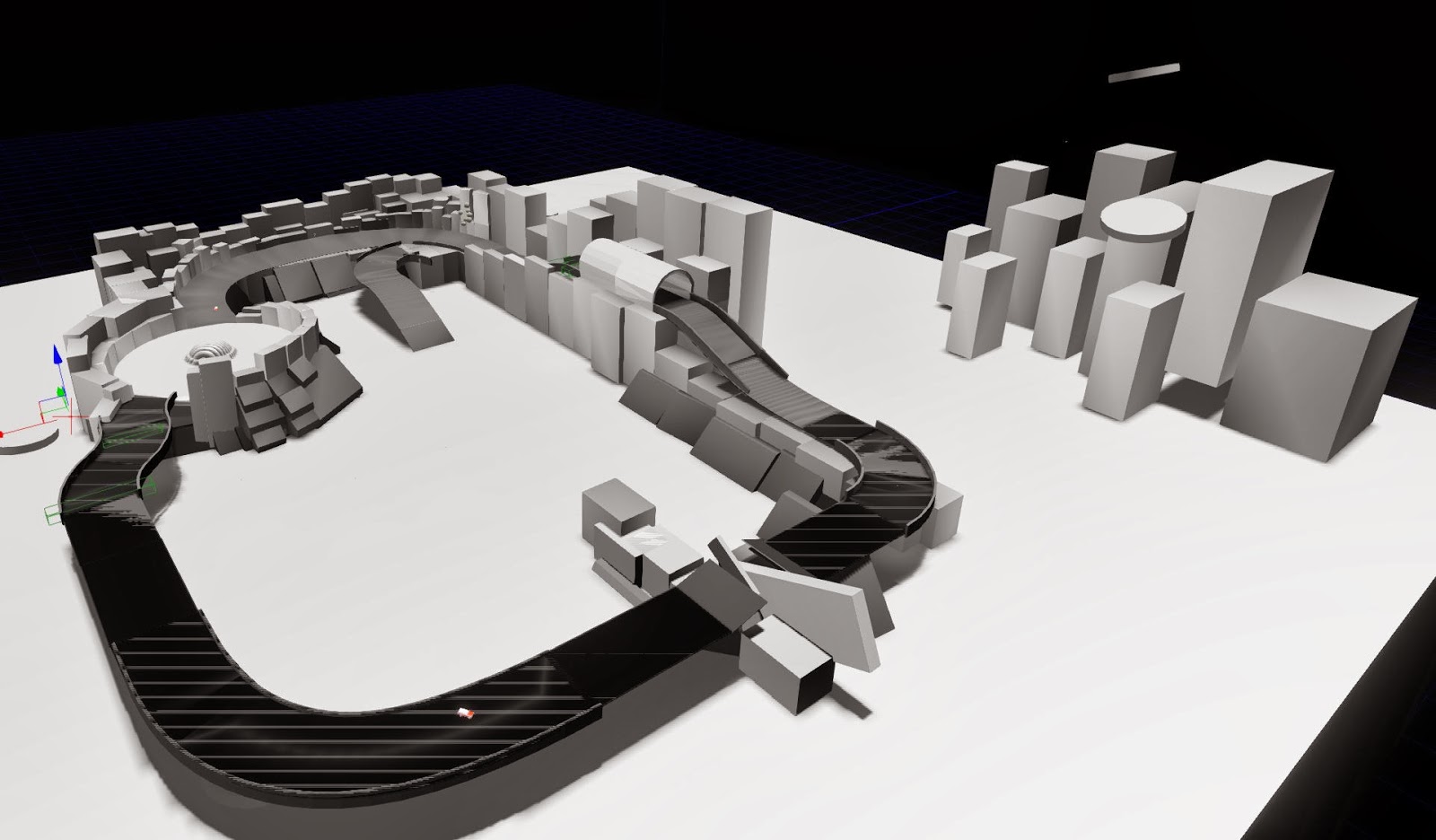 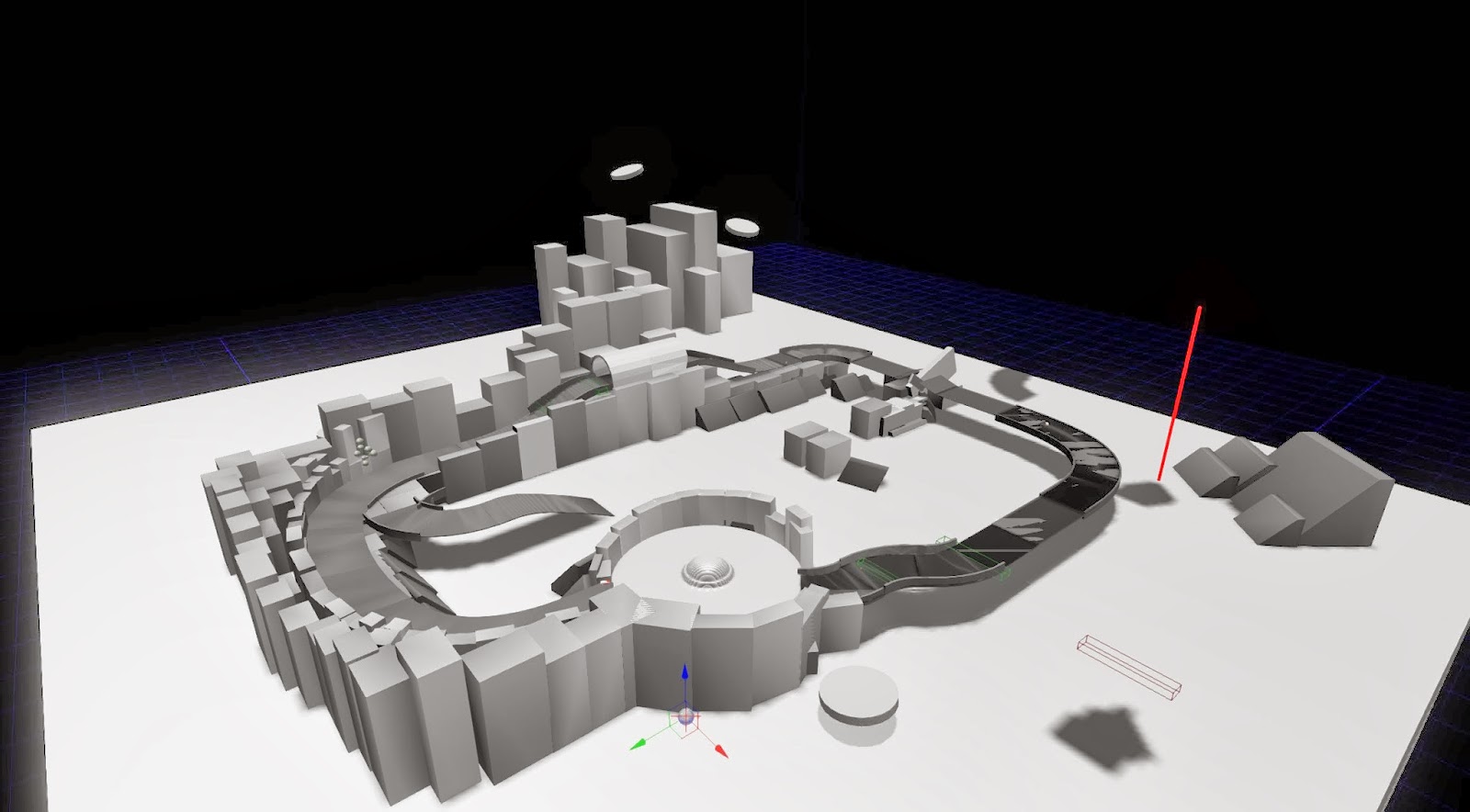 And here's some examples I turned in for my final greybox: 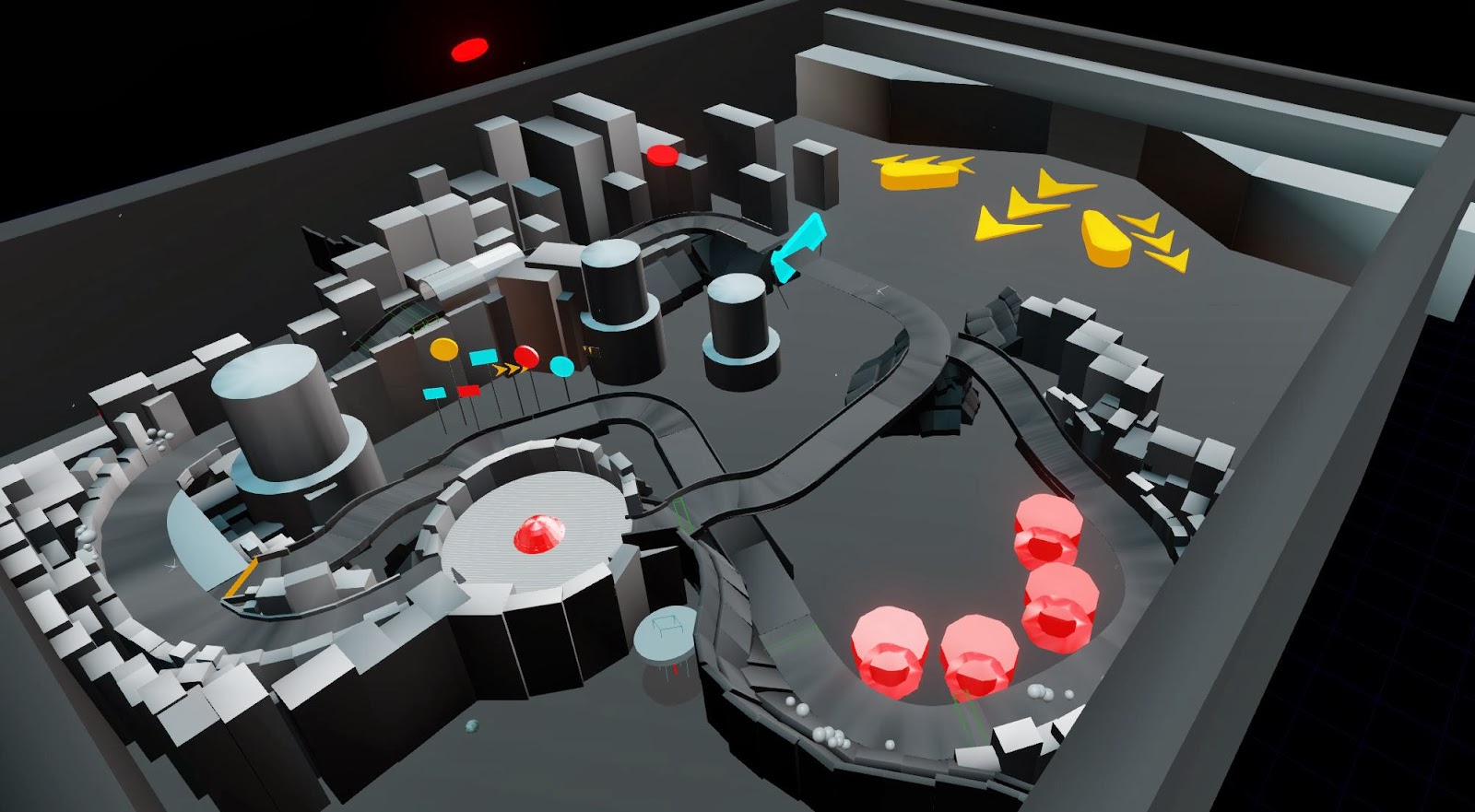 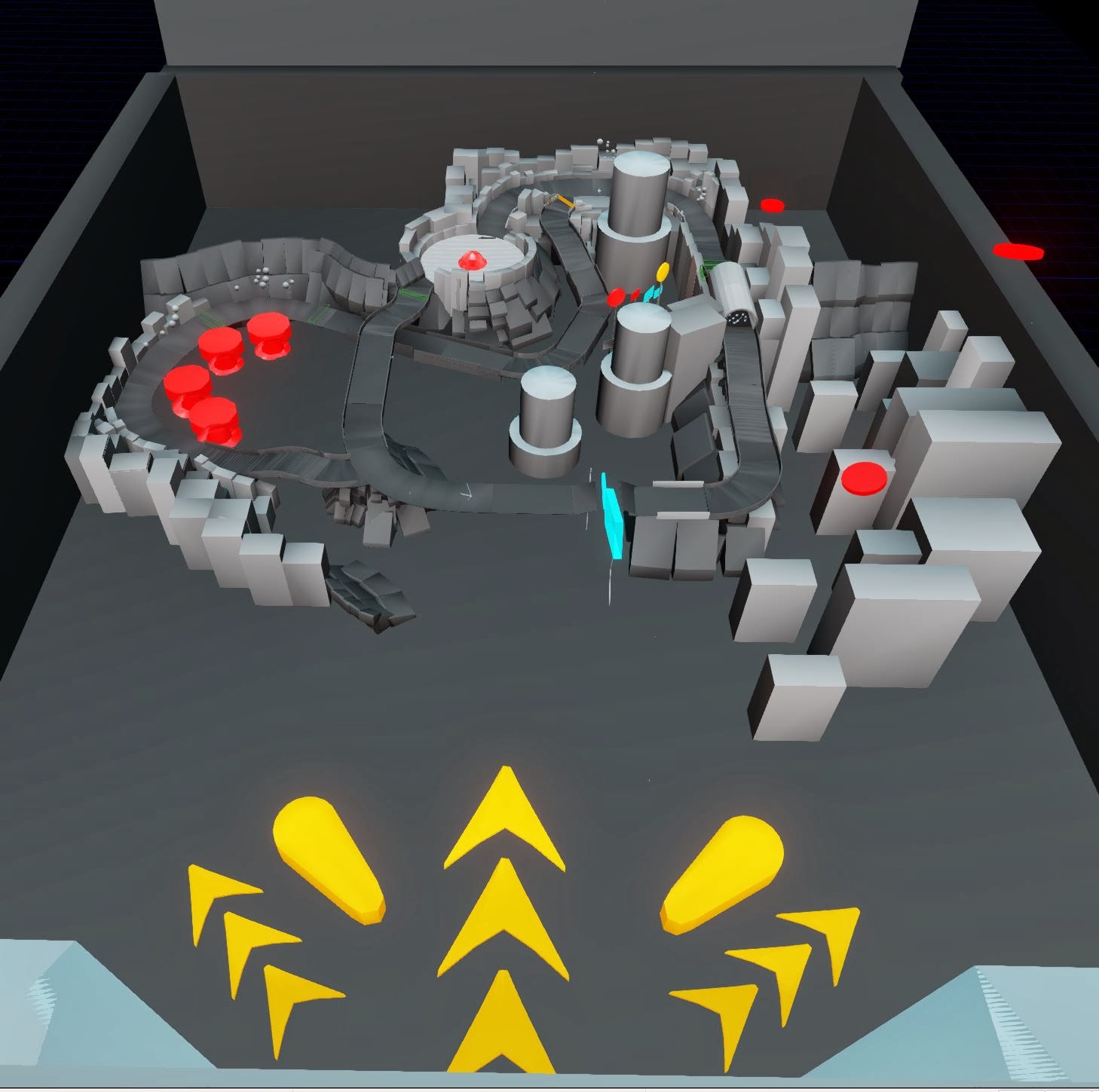 You can see that I changed a bit of the layout from what I had planned for my initial concept, but that's to be expected in this phase. Things come up that you hadn't thought of in your initial concept. For example, the first track I built was way over the time limit parameter we had set per lap. During play-testing, I got the note that a lot of people wanted an alternate route, so I also implemented a secondary track that players take on the third lap of the race. One thing that hasn't changed from my initial concept to this phase was my mechanic ideas. I'm pretty happy that I was able to incorporate all of the ideas I had for obstacles into this level.