So this week for programming class we've been assigned to create "exploding barrels" which are kind of a common trope in video games and have been for a while. Our creations don't necessarily have to be barrels but they have to be applicable to our level and contain two steps of particle reaction. So, since my level is a fusion of pinball and alien invasion I decided my barrel would be an alien. 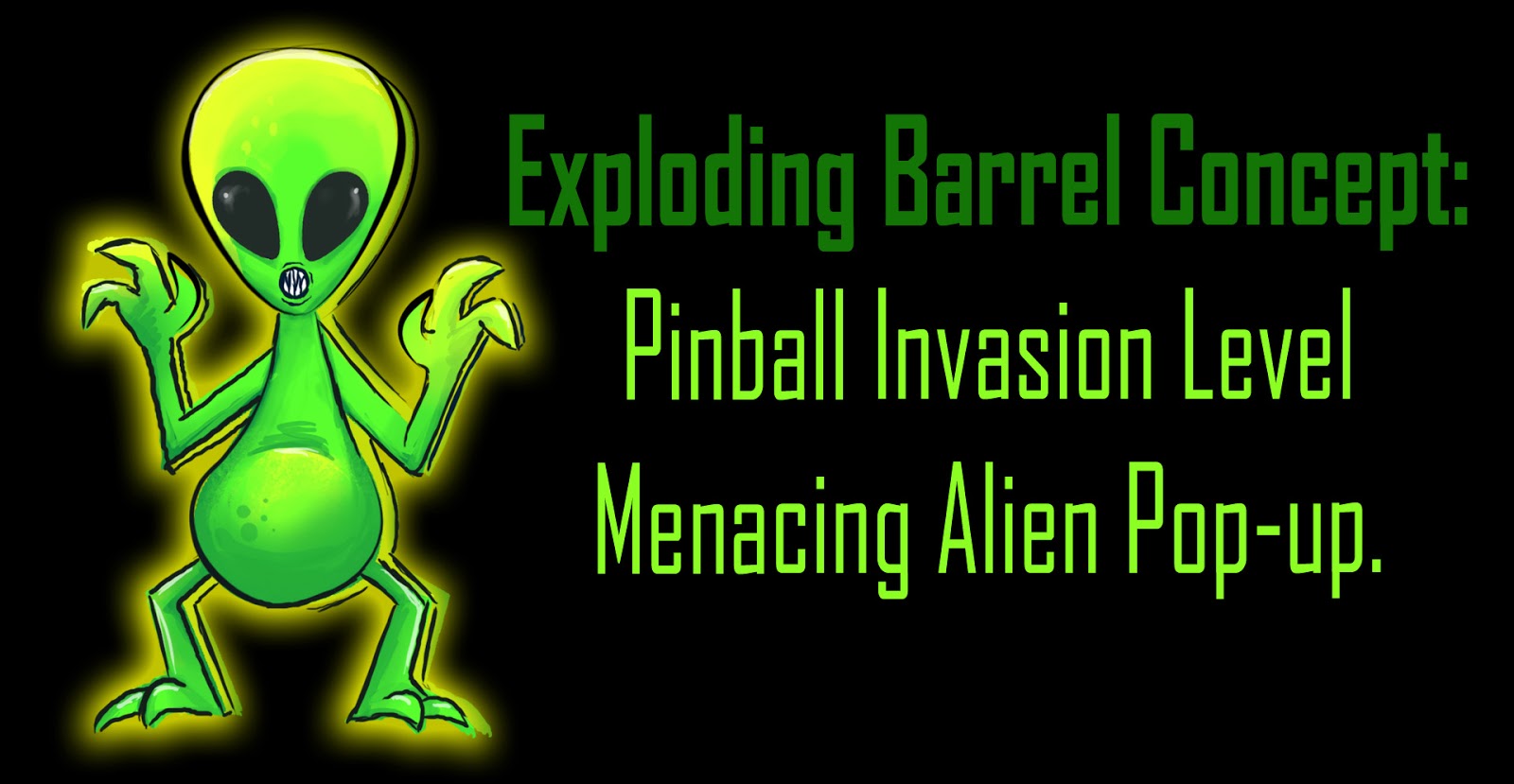 I'm not going to model an entire realistic alien because it wouldn't really fit the cheesy pinball theme. So, my alien will be a cut out that either pops out of the ground or flips up in front of the player in kind of a graphic cartoony style. Since the tension on my track escalates with action from the UFOs I'm going to have a few aliens pop up at the very end as the kind of finale to my level.

Eventually we'll be making particles for the explosions. My first effect will be cartoony sparks and a glow effect that comes from the mechanism in the ground that rotates the cutout up and down. The second will be a green slime effect that simulates alien blood.