We're at the end of the greybox phase and moving into the Alpha phase of our racing levels. For this week one of our assignments is to have a rough version of the cutscene that will play at the beginning of our course finished. To prepare for this we've been asked to research the intros in actual video games and apply the elements that work in our own cutscene.

What I like about this intro is that it gives you a clear idea of the theme of the level and introduces some mechanics special to the level while leaving surprises for the player to reveal as they race around the track.

The first shot takes you down what looks the castle's entranceway. The one point perspective and low angle is reminiscent of Kubrick's cinematography in The Shining and reflects the creepy foreboding vibe of the castle and the warping track mechanic shown as the camera moves down the hallway. 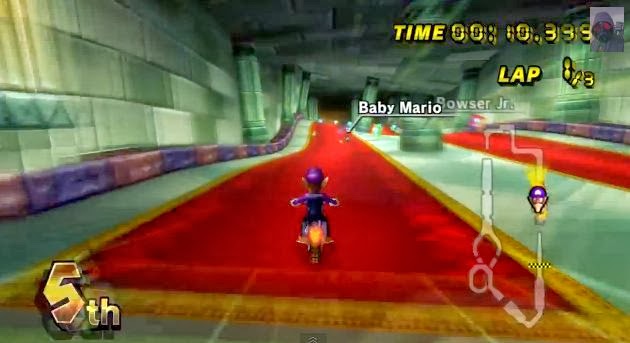 The second shot shows what I'd call the level's hero asset; A giant metal bowser that shoots fireballs at players. This shot works for multiple reasons. Firstly, it shows you Bowser.. And it is of course Bowser's castle. Secondly, this course has a lot of mechanics and obstacles for the player to overcome, and is included in the "special cup" which is the very final most daunting cup in MarioKart Wii.. And giant metal bowser shooting fireballs is a pretty menacing image, so I believe it reflects the challenge players will face in the level quite well. Thirdly, The high camera angle shows the massive scale of the Bowser of Death which is pretty intimidating. Fourthly, lava and fire are continuing elements throughout the level so showing them here was another good idea to introduce players to the level. 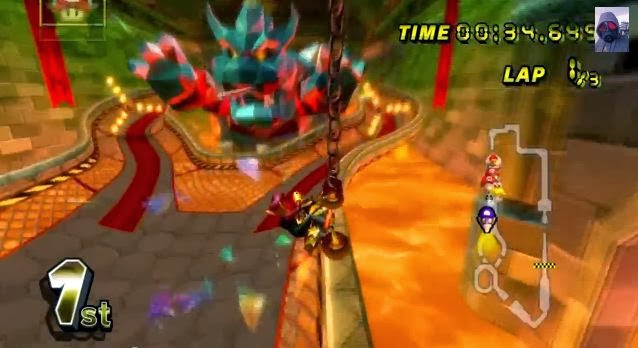 The third shot is a nice conclusion to the quick intro. Switching to the castle's exterior shows players that they are back outside of the castle. The camera pans down vertically and  leaves the player back at the starting line, a choice that lets the player know they're out of "let's watch this pretty cut scene mode" and should get back into "fast and furious" mode. Also, the castle's facade is just as foreboding as the interior, and includes a giant relief of Bowser which again reflects both the menacing nature of the level and whose level it is. 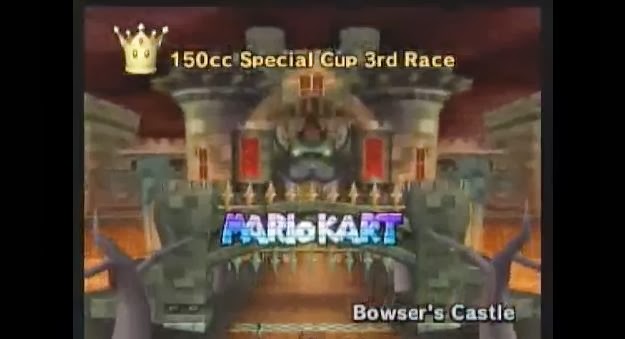