2D Design was my most enjoyable class for first semester of freshman year at Ringling, which is surprising as initially I'd assumed it would be the least. I grew up drawing things I considered "cool" which mostly consisted of characters or creatures from my imagination, anime, cartoons, video games, etc. The idea of abstract art was just something I'd never considered I'd be interested in.. But 2D design proved me wrong. I found I really enjoyed working abstractly, and I feel I learned a lot in terms of how to think about tackling composition and what's aesthetically pleasing. 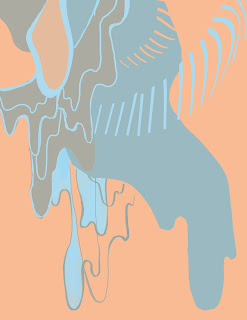 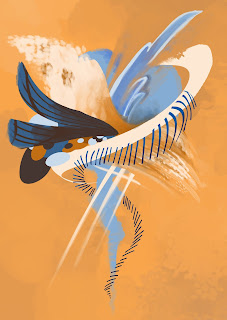 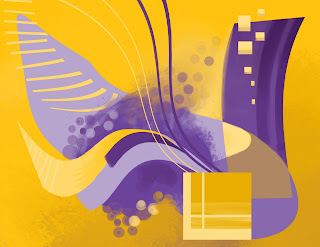 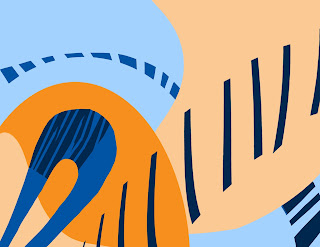 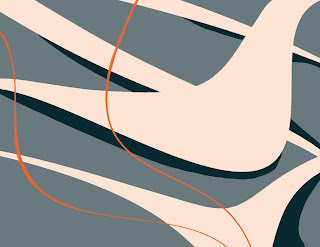 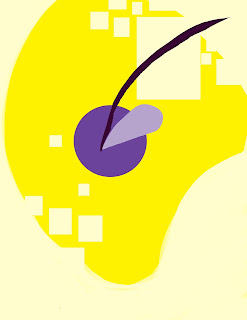 Both semesters of perspective class were a challenge, but also incredibly useful. While it was a struggle, I was happy with a lot of the work I produced in the class and feel that I now have a fairly good handle on perspective, which is a skill that I think is sometimes undervalued. 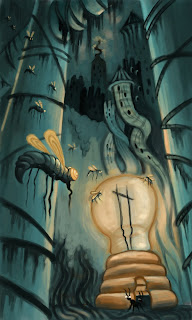 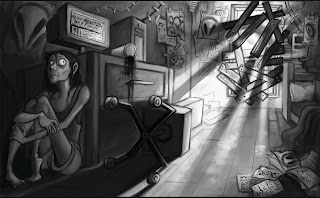 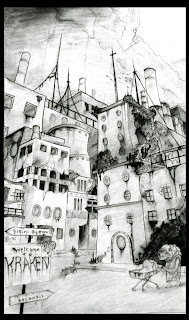 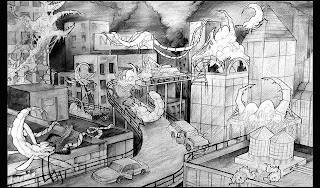 Animation was the most challenging class of all, as going in I had almost no real grasp on how animation worked.. But I somehow managed to get through it. 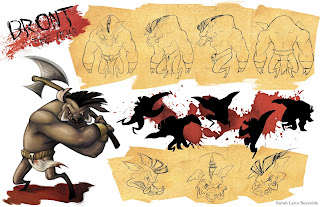 For traditional animation each student got assigned an animal and had to design a bipedal character from what we got assigned. I was assigned a pig, and I decided to turn him into a Greek warrior boar. The name Bront is a Greek name that means "Thunder" and I thought it fit him.

I also did a really short experimental animation for History of Animation class. I first found the environment photos, edited the people in the background out, and then shopped in the skeleton in the hole. After that the animation was painting in photoshop by myself frame-by-frame.

And finally, here's a piece I did in 3D design class, which was a particularly fun class. His name is Erusnox. He doesn't photograph very well but he will fuck your shit up. 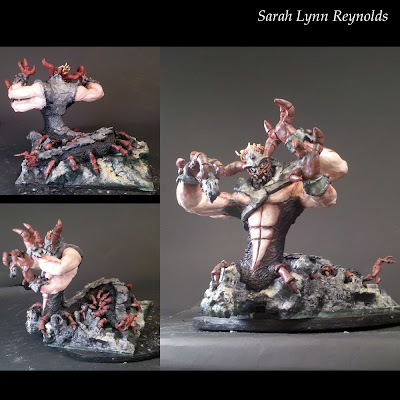 One of my favorite game trailers of all time is the trailer for the original Left 4 Dead. I’m fond of this particular trailer mostly because of how effectively it uses an action packed narrative to show off the features and chaos of the game. Firstly, we are introduced to the unique personalities of the characters, and through their interaction we are shown how vital team effort, quick thinking, and strategy is to the players’ success. Secondly, we are shown key features to the game like the weaponry and “special” infected in a way that flows with the story in the trailer. The audience is discovering the special infected along with the characters. One particularly strong example of this is the siren-sobs of the witch luring the characters into her trap, this choice was a great way to make the audience aware of how dangerous that cry can be. 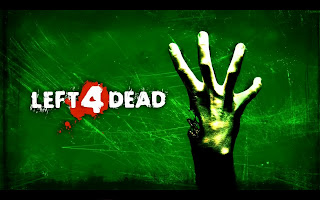 Another great aspect of this trailer is that even though it is a cinematic trailer and shows no actual game play it still feels like a realistic representation of the action and graphics within the game. So often you see trailers that severely misrepresent either the game’s graphics, the scope of the world, or even what you can actually do within the game that it’s nice to see an honest representation. 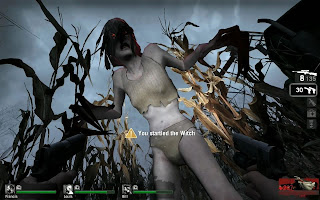 I feel this trailer is successful on both a storytelling and marketing level. The fast pace is perfect for getting people to pay attention and stick through to the end. Leaving the viewer on somewhat of a cliff hanger right where the actual beginning of the game picks up is a great marketing device to get people to pick up the game. You know you’ll find out what happens next once you purchase the game and because the trailer was so action packed and left you wanting more you’re likely to feel more compelled to buy the game.

Posted by Unknown at 8:59 PM No comments: